A leading player in the cement sector for more than 160 years, the Vicat Group operates in eleven countries and employs almost eight thousand people. Five of its fifteen cement production plants are located in France.

It was there, in 2014, that teams adopted an operational excellence approach to their working practices. Gilles du Manoir, Industrial Director - Cement France explains what it aimed to achieve: "For the last ten years or so, our market has become more complex, with pressure on volumes and prices; we need to exercise greater control over production costs in our cement production plants to improve our margin for manoeuvre, in other words, to improve our competitiveness."

Cement France could have reduced the number of staff members on permanent contracts or sold off part of its industrial plant to cut costs. But it didn't. "As we waited for brighter economic horizons, we decided to change our practices and adapt our production tools to handle smaller volumes, to ultimately improve the cost-effectiveness of each plant. To achieve this, we improved our production and maintenance processes and industrial practices and, above all, developed our management practices. We termed it Operational excellence in our business plan."

Aware of the need to "make the leap", the Group decided to get an outside point of view, a task it entrusted to Quaternaire's teams.

Following a situational analysis of all five sites, a four-year roadmap was produced with managers based on three key areas: management and organisation, equipment performance, and direct gain tasks. The expected outcomes were clearly identified in terms of business objectives, and customer and employee satisfaction.

... and autonomy for each site

Launched in Autumn 2014, on the Group's biggest cement production site in France, the approach was rapidly deployed to other French cement production sites. "The guidelines were the same, of course, but the choice and implementation of improvement tasks were adjusted according to each site's challenges and priorities."

These tasks raised the awareness of middle managers of the importance of inter-department and intra-team event rituals: "We mainstreamed weekly briefings to share the activity, performances and improvement actions. As a result, we can now take decisions collectively. It's a big change for our teams."

The decisions made each morning by the site director with department managers in the Executive Management committee meeting are communicated daily to all staff via posters.

A key cement production cost factor, combustible and electrical energy expenses are also a major cost-effectiveness lever. "We are increasingly substituting the combustion of waste - biomass, wood, sawdust, and so on - for the combustion of fossil fuels, with both economic and environmental benefits." The working groups didn't need much persuasion to take ownership of the issue: "Their actions were supported and structured by Quaternaire's methods". Operators, technicians and engineers have found new types of combustibles, put forward solutions to adapt the industrial plant and formalised facilities management developments, according to the combustible used. Within 18 months, the substitution rate rose by 7% (average for the five French cement production plants).

Involvement to "unleash the potential" of employees

As he embarks on a preliminary assessment of the approach, Gilles du Manoir stresses the importance of involving teams at each stage of the project. "It's definitely a key success factor! The situational analysis based on individual and collective interviews, followed by group work, which brings together employees working in different professions at various levels of the company, have helped raise people's awareness and they are gradually taking ownership of the approach." Winning easy and quick victories, such as adding a telephone or changing a level sensor, lend credibility to the approach and bring everyone on board.

The Industrial Director also underlined the importance of communicating before, during and after these tasks. "Before the project launch, we talked to teams to explain what our intentions and goals were. It was important for everyone to understand the purpose of the project, and to reassure them, particularly with regard to job security."

This stage also helped to remove certain obstacles and to reassure middle managers that they had a legitimate role to play: "Since they are not always used to the participatory approach, some may have felt less useful. This is clearly not the case. They rapidly realised that the involvement of teams in the analysis boosted the momentum for change and made their management role easier."

Building on its success, the operational excellence approach is now being deployed in the central laboratory and the company's aggregates and cement divisions. The approach produced significant results in ten months, including savings of several million euros, a more participatory management style that favoured autonomy and initiative, and more communication.

Not only have employees changed their facilities management practices, they have gone a step further: "Discussions held as close as possible to the shop floor have fostered the emergence of truly effective and pragmatic solutions. Bolstered by this collaborative approach, the teams find it easier to express their ideas, in the knowledge that they are helping to sustainably improve the company's performance."

The Vicat Group is a family business founded in 1853 by the son of Louis Vicat, the inventor of artificial cement in 1817. Its industrial profile includes cement production plants, aggregate quarries, concrete batch plants and precast concrete product plants. With operations in Europe, North America, Africa, Middle East and Asia, it now has nearly 8,000 employees. In 2015, it reported sales of €2,458 million, of which 53% were generated by its Cement business. 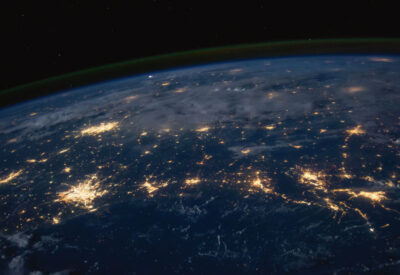 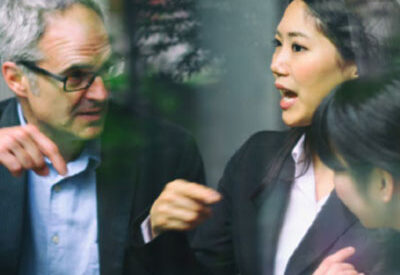 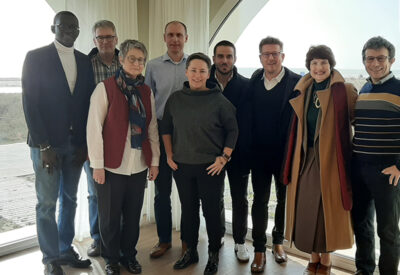